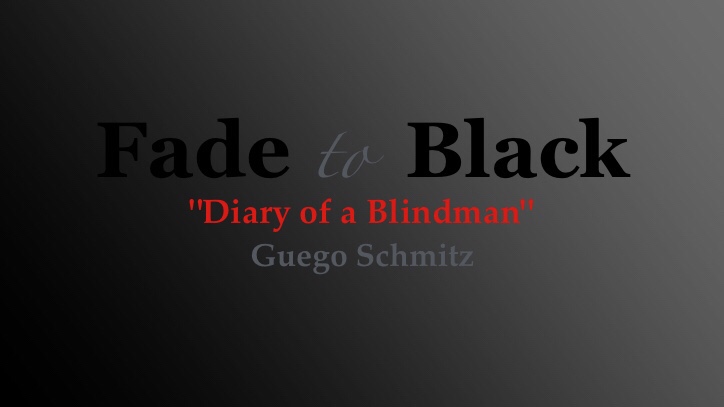 These past couple of days have not been my best I must admit and for those that look forward to the positive always trying to inspire G, I apologize; I promise WE will turn it around.

A lot of shit has been going on behind the scenes that has emotionally been taking up space in this head of mine. I’m normally a pretty cool soldier when it comes to handling adversary & drama, but every once in a while I have my weak moments as well; I am human after all. My hands have been pretty full with the monkeys, one of my dear friends isn’t doing so good, stress on the home front has been a bit higher than the norm, I’m creatively drained from pushing as long as I have and all of these things lead to stress and stress can at times cause an immense amount of strain on my eyes; so, to boot my vision has not been at it’s best.

Sometimes I know I over do it to myself, by committing to so much and pushing so much when I should just be taking it easy. So, it’s no one’s fault more so than mine for not recognizing my body or should I say ignoring it when I know it’s asking for a break. I’m a bit stubborn like that as most of you who know me know.

What’s funny about it all is that every time something good is about to happen, something bad usually does, but in the same instance every time I’m going through it, something happens to pull me through it. Today, was a prime example of the latter of the two.

As I sat here at home, feeling sorry for myself with my eyes closed and an iPad laying front of my face, you guys really came through. Today, was the busiest day on our site since officially launching it by 4 times the previous record! Watching those numbers go up and seeing all of the support, really blew my mind so for everyone that contributed and checked our site out today, I want to thank you all. That really means the world to me to see the support. I hope for all of you who came to our site today for the first time, you really liked what you seen and I hope you return;) For those of you (and you know who you are) who have been advocates of me and have followed me and my story from the get, I want you to know it’s days like this when I just want to quit that you all come through for me and it gives me the fuel to push on. God Bless YOU ALL and Thank?You again from the bottom of my heart…

Sometimes in life you have to pick your battles with her wisely. She can sometimes be a bitch if you piss her off to much;) Some battles you will lose, some you will win and even some you won’t be too certain who’s ahead, but just remember life is like a long arch, eventually she curves… 😉 ✌️G

Feedback is a Gift! Please let us know your thoughts below... Cancel reply

This site uses Akismet to reduce spam. Learn how your comment data is processed.

Search by Category
Subscribe to Blog via Email
The Empire

Be A Part Of Our Empire Today!